"I have a good idea," my wife Helena said last Saturday afternoon, just as I was about to begin the Toronto Star Premier Crossword puzzle. "You should write your own obituary."

And then she added, "You're good at stuff like that."

Stuff like writing my own death notice? There is no other "stuff" like that. Which is what I told Helena.

Then I mentioned that a colleague I really looked up to--the late Peter Worthington--penned his own obit and started with "If you are reading this, I am dead."  Pretty fair opener, I'd say.

What Helena likely meant was I would do a decent job regaling everybody with stories about what a fine upstanding and hardworking guy I am/was. Leaving out all the not-so pretty parts.

Because that's what most obits are.

I've given this idea what some might deem an unhealthy amount of consideration over the years. Death notices are the happiest stories in the newspaper. Sad things happen in the newsy parts of the paper, but in the obitverse? Nature takes its course.

First off, for the vast majority of people in the obit section, passing away is actually what my sister Mary might call age-appropriate behavior. With all due respect and anybody who knows me understands that I mean that sincerely--most people die old. Of, well, fatal illnesses. Which raises the question, "Doesn't anybody die of old age anymore?"

When I was a kid growing up in Sudbury, that and keeling over with a heart attack after shoveling the driveway were the leading causes of bucket kicking.

The vast majority of the dead people--if you believe the little write-ups and I do--led reasonably long productive lives, with good jobs. Most started in the mail room but rose through the ranks. At Hydro.

The deceased were all very competitive bridge players and their bonsai trees the envy of the garden club. For their surviving loved ones-- some of whom stood lovingly at their bedside when the time came--summer weekends at Lake St. Joe just won't be the same without the tinkling sound of ice cubes in the deceased guy's tumbler of Crown Royal. Oh, and who'll ever forget that good ole Grampa O also liked to make the odd off-color joke?

In death-notice land, few guys had halitosis, showed up for work hung over a bit too frequently or drove like an idiot without regard for other people's safety. They might have been thrifty, but never cheap. And they all caught fish.


Helena's right. I am positioned to deliver a fine account of myself. Honest, interesting, and just about objective as a Popeil's Pocket Fisherman TV commercial.

Just two things. When I go, I don't want nobody having a "celebration of Pete's life." If I can't be there, I don't want any parties. I want tears and sadness and people wondering aloud, "How are we going to go on without Peter??" Also. I sure hope I don't "go doing something I love." It'd be way better to go out doing something I hate, like getting yelled at. Or having a root canal.

The important thing is, Helena suggested I write my own obit. Could she be up to something?

Posted by EditorPete at 9:23 AM No comments:

Where we answer the question, "How do you keep a guy with no life in suspense?" 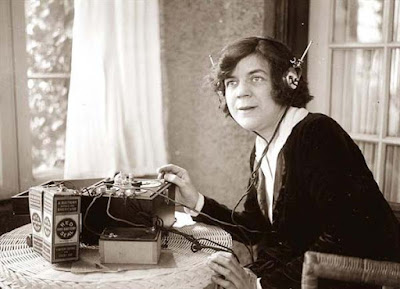 "Hi," the familiar voice on the message machine said, adding, "It's me,  Cecile.  Just phoning to say 'hi' to Helena. Nothing important. I'll call back later....

Normally, I would finish that sentence with a period and closing quotation marks, but that would be inaccurate because Cecile left the message but she did not hang up.

Cecile's not her real name. I changed it because she doesn't know I'm writing this plus she gets pretty potty mouthed later on and the real Cecile might not want to own up.

But back to the call. She clearly meant to hang up, but instead of a "click", I heard a very familiar sort of empty-room silence. Suddenly,  I was, like, eavesdropping.

I couldn't hang up. I had to find out how this would end.

First thing I heard? The unmistakable rhythmic sloppy flopping sound of windshield wipers. Cecile was in a car.

I was a good half a minute in. I figured that if Cecile hadn't said anything by now, she was very likely alone. Unless she was with her husband but they weren't talking. Not that that has ever happened in any car I've been in. But still.

More windshield wiping. I asked myself: "Pete, is what you're doing weird or what?"

I guess my answer was, "Maybe, but not weird enough to make me hang up. Something's gotta happen. Who knows? Cecile might be one of those people who talks to herself, and she'll be like, 'Gosh Helena's husband is a talented, good-looking and hard-working man. I wonder if he ever stops to consider how humble he is.'"

Instead, Cecile started to whistle. And not one of those aimless whistles people produce by default. She whistled an identifiable melody.  I've always liked people who choose to whistle real songs when they're all by themselves.

"Blessed are the whistlers, for they shall see humour everywhere," Jesus meant to say.

But before I could identify the tune, Cecile stopped. I guessed she'd arrived at that left turn Siri had been going on about.

More than 90 seconds had passed. I thought, "For a guy who somebody described as hard-working only four paragraphs ago, I sure have a lot of time on my hands."

But no way could I hang up. 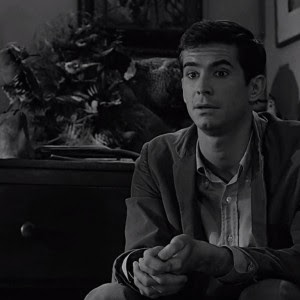 More whistling. More windshield wipers. By now, and I'm pretty sure this had something to do with the fact that Helena and I watched Psycho a day earlier, I actually found myself thinking, "I honestly hope Cecile made this call during daylight hours because listening to her drive at night by herself would just be too creepy, even for me."

More wipers. Decidedly noisy ones, too--a fact I found reassuring because the wipers on my car are pretty loud, but Cecile tools about in a rather up-market sedan. So maybe mine aren't so bad.

The whistling stopped. A pause. Cecile says, "Oh shit. I missed it."

Victory! Not that Cecile was lost; but rather, I enjoy it when Siri and other machines screw up. It proves they're not really that much smarter than me.

But what would Cecile do now? I was not to find out.

The call dropped. The answering machine had decided enough was enough.

A tad relieved, I could return to what I had been doing before the phone rang.  And it occurred to me: If  the machine hadn't hung up, I'd have kept listening.

So please, go back a half dozen sentences.

That thing I wrote about machines not having more sense than me? You didn't hear it from me.

Posted by EditorPete at 3:52 PM No comments: