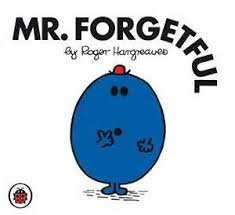 Woke up this morning to the following email: “You’re not here.” The words made my tummy go all empty inside. This was bad news.

The “here” was a Toronto restaurant not far from my house. The email had arrived just about suppertime, yesterday.

I had missed one of the most important events of my year. As I read the message, my writing and editing life sort of passed before my eyes. Because that’s what happens just before you die, right?
Here’s why. The email came from a friend and colleague named Sara Graham. In 2017, Sara will be launching a new magazine called The Fine Line. You will I hope hear more about The Fine Line over the next few months. Sara has been preparing since last January and from the start, has told me she would like me to be involved as a writer and maybe an editor.

It’s hard for me to overstate how exciting this is. My writing ego is as big as this house. A new Canadian magazine!  I love being published. Seeing my work in print is as exciting to me today as it was when I started.

Also, for the past year I’ve helped and cheerlead (cheerleaded?) while Sara tended to the details that go into a magazine startup, investing her money, time and energy.
Last night, Sara hosted her first publishing event. A supper I’d been anticipating for more than a month. A couple of very prominent Canadian journalists I’ve longed to meet were there; plus a few older friends, and I figured anybody involved with Sara was bound to be intriguing.

I was so up about the event I had gone so far as to—I hope you’re sitting down—plan what I was going to wear. I haven’t done that since I got married.

But for some reason that I’ll never understand, the little aide-de-camp inside my head who is charged with keeping track of my schedule took last night off. The supper completely slipped my mind.

I should add this: Sara lives in Grande Prairie, Alberta, and she drove to Toronto for this get-together. That she was paying for.  And that I’d missed.

My first assignment as a journalist with The Fine Line? Show up for supper. And I blew it.

I’ve been married a long time.  I’m fifth-generation Canadian. I know a thing or two about apologies.

But this morning? If I wanted to continue as part of The Fine Line, I was going to have to pull off some Old-Testament-level atoning. I wouldn’t be surprised if blood were involved.

I knew I had to contact Sara but wondered what I should say after I said “I’m sorry.”

So I wussed out. I texted. And she texted back: “Why not just phone me?”

I did. And explained that my brain had gone on a wildcat strike. Then continued with, “Can I buy you lunch?”

Sara suggested I pick a place. I found a British-style pub, in Pickering, Ontario—not too dear but not too cheap—about  40 minutes east of my place.

Heading over, I rehearsed various scenarios. I really wanted to be part of The Fine Line. But after missing the big do, even I would have fired me.

Sara and I got to the parking lot at the very same time. We exchanged hellos, entered and found a table.

The menus arrived, we ordered coffee.

Sara told the server she’d have calamari and I chose a ploughman’s lunch.

The server, who looked to be in her early 20s, apologized and said they didn’t have any cheese on hand so the ploughman’s lunch was out. I asked if she could suggest a substitute for the cheese but she said it wouldn’t work.

I asked for another moment with the menu. The server tended to another table and then returned. I was just about to tell her my second choice and she looked at Sara, “the chef says we’re sorry but we’re out of calamari.”

With a laugh, Sara picked up the menu again.

I told the server “I’ll have the small fish and chips.”

The server--but not before kinda screwing up her mouth and looking to the side a bit--says: “Er..” and we could see it coming…“we have no fish.”

Sara laughing: “Do you have any food back there at all?”

Me: “What is this, a Monty Python sketch?”

Eventually, Sara walked over to the kitchen. And even though Sara was laughing, the poor chef—clearly neither the owner nor the individual responsible for the dearth of what one might describe as, say, “food”—was almost bent over apologizing.

The server looked like she was going to cry.

We tipped her and told her to not take it personally if we left to go to a restaurant that did, in fact, have, on the premises, something to eat. Which is what we did. Laughing all the while.

And I’m not going to tell you the name of the foodless joint, by the way, for a number of reasons.

One is, I don’t dine and diss.

But more importantly, I’m thinking  the restaurant isn’t even there anymore.

I think the entire debacle was nothing short of a Christmas miracle, sent to Pickering by You Know Who who—employing laughter and other people’s klutziness—distracted Sara from her thoughts of kicking me off The Fine Line team.  As far as I know, Sara and I are still on terms.

Not having any food saved my bacon. I think He knows how much I want the work.